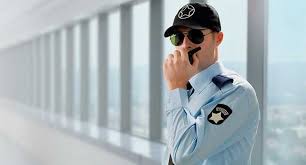 The gunman in the Borderline bar shooting might have had PTSD from when he served in the military. David Long served in the Marine Corps for five years and was stationed in Afghanistan with a corporal rank. This officer was highly trained in weapons and sneak attacks. It is dangerous so train men in these skills, when many of them end up having stress and mental disorders afterwards. Back in April, officers were called to his house when his neighbors heard loud banging and yelling inside his house. Long was interviewed by a mental health specialist who said he might have PTSD, but didn’t need to be admitted to a hospital. There are millions of people suffering from mental disorders and disabilities, and our government isn’t doing much about it. The more concerning thing is that those people have the ability to buy and use guns. Gun safety laws have been a controversial topic for years; however, this year America has seen way too many attacks and shootings for our government to not somehow address this issue with a solution of some sort. Instead of changing the gun control laws, our government has ignored the trauma that our people have endured. This shooting was deadliest attack other than the Parkland, Florida shooting where 17 students and teachers were shot and killed. It may be a little difficult, but private security companies might be part of the answer to the safety concerns that America has been dealing with. If we can’t control how many and what kinds of people get their hands on guns, the least we can do is combat that with getting people on the ground who are trained in stopping those people when they try to attack. Private security companies exist to protect people from these kinds of attacks. If our military won’t put people on the ground or change the laws, we can hire private security companies so that crowded places like bars and clubs and music festivals and concerts can have trained, armed guards on duty prepared for an attack. Private security companies are trained specific to the area they are covering and the risks they are facing. Security guards working large events and places like these bars can make sure the building is ready with escape routes and protective doors and windows. At the bar shooting people had to break the windows to get out, which shouldn’t have had to happen if there were more exit doors. Places that are as crowded as that bar should be required to hire a private security company, and update their building in the case of an emergency, because it didn’t sound like there was a thought through escape route or plan for this type of crisis. Private security companies can make sure that there is a set plan for this type of attack. There are many private security companies in LA, which can provide armed and trained security guards. There are many ways to prevent an attack like this one, and private security companies are one of them.