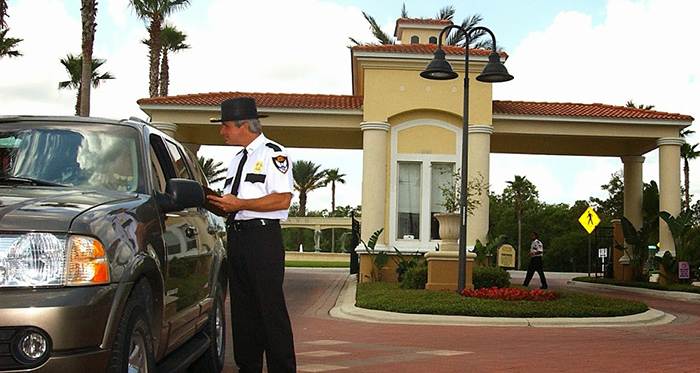 On Wednesday, November 7th, 2018 a marine combat veteran opened fire using a handgun in a bar in Thousand Oaks. The bar didn’t have heavy security, the man walked in with a .45 caliber handgun and opened fire on the crowds of people dancing and drinking. He shot the first person in the door, threw a smoke bomb inside and opened fire randomly. The gun had an extended magazine, meaning he had several rounds of bullets loaded in the gun. It was college night at the bar, so there were hundreds of students there celebrating. With that many people crowded in one area, it definitely would have been beneficial to have a security guard agency. Luckily there was a police officer nearby who ran inside to help, but was shot down seconds later. There is simply no way to stop a gunman one on one. If they had hired a security guard agency to have armed and trained guards present, maybe the shooter could have been stopped at the door. He walked up dressed in all black with a gun, security guards would have noticed him and at the least warned the people inside to get down. But he was able to just walk inside. As a result of the shooting, 22 people were injured, and 13 killed, including the shooter himself. These were all college students, who have been taken from us. Active shootings have become a huge issue in today’s world. We have had 312 days this year, and in that time there has been 307 shootings. The government clearly has done absolutely nothing about this issue. We have a huge military which we aren’t using to protect our country. The threats we are facing come from within our own country and our own people. And if the country doesn’t want to change the laws, and stop people from attaining the weapons used for these attacks, then somehow we have to find a way to protect ourselves from the people who already own guns. The man who attacked this bar had an illegal weapon, and even if it was a legal weapon, he was interviewed earlier this year after having an episode authorities thought was post-traumatic stress disorder. It is clear that mentally unstable people are going to attain and own guns. So we must protect places like music concerts, bars, or anywhere many people gather. Security guard agencies can be used instead of the authorities, because police officers can’t be constantly stationed at places like this. There are many security guard agencies who can provide armed officers, trained in dealing with threats such as armed shooters. Security guard agencies might be a temporary answer to the extreme safety problem we’re having. We definitely need to find a more permanent solution; however, for now we need to take advantage of the benefits and safety security guard agencies can offer. It is much safer to have armed guards stationed at places like bars and companies and gatherings, in order to hopefully avoid tragic events like this shooting.